Since its US release less than a week ago on July 7th, mobile augmented reality (AR) game Pokémon GO has taken both the real and virtual world by storm — it’s about to surpass Twitter’s total active daily users, it’s been downloaded more than Tinder, and Central Park is filled with budding Pokémon Masters trying to Catch ‘Em All.

Just four days after launch, Nintendo’s stock jumped up by 21.76% – the best it’s been since 1983. This undoubtedly has marketers, entrepreneurs, game designers, and anyone else designing or investing in digital, physical, and hybrid experiences scrambling to discover why Pokémon GO is such a resounding success when so many other augmented and virtual reality activations have fallen flat.

Before other brands and businesses play follow the leader, or try to “hijack” their way inauthentically into Pokémon GO communities, they must carefully consider the complex behavioral dynamics of not just the Pokémon community, but of augmented and connected experiences.

Too often, brand augmented reality experiences are perceived by consumers as poorly executed gimmicks, but Pokémon GO demonstrates the power of true immersive storytelling to galvanize a community of passionate and nostalgic advocates.

What is Pokémon GO?

Users can catch Pokémon in AR by physically walking to nearby locations and using their smartphone to toss a Pokéball at an animated augmented reality creature. 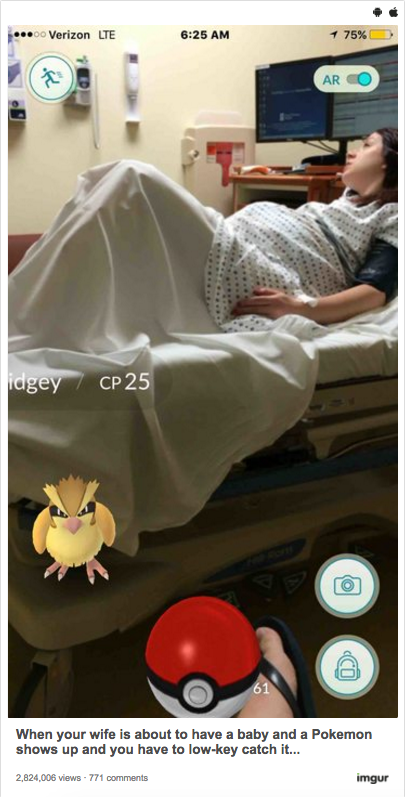 Some players are arguably going too far…

If you’re totally new to Pokémon GO, here’s a great resource to get you up to speed.

What’s particularly interesting about Pokémon GO is that it has succeeded at not only making gamers walk mile after mile to catch and evolve their Pokémon, but to also interact with each other in real life as they compare and battle their collections. Never before has an augmented experience driven such real world engagement. QR codes, once hyped, are now extinct because they fail to drive us to merely reach into our pocket — let alone walk for miles and interact with strangers.

Businesses have already begun to capitalize on the game’s ability to draw customers to specific locations by offering discounts to certain teams or rewarding nearby players for drawing customers in via Pokémon “lure modules” that attract creatures, and other similar small-scale marketing tactics. In the coming months, we’re sure to see some larger-scale efforts by business and brands to make the most of the impact of this new platform. Stores might pay for lure modules themselves (the out-of-pocket cost is only $1.67 per hour) in order to generate foot traffic, offer discounts to nearby Poké-influencers, or do large-scale lure module takeovers.

Brands don’t have to offer rewards or discounts in order to win through Pokémon GO, the app rewards players enough all by itself. Imagine you go to CrossFit every single day. Most CrossFit workouts don’t require you to walk to run long distances, making it difficult to hatch your 10-kilometer Pokémon Egg and finally get your hands on a rare Pokémon. Fitness brands and businesses could partner with Pokémon GO and feature geofenced incubators for hatching eggs faster if you’re working out at a sponsored gym.

Other brand partnerships could be even more powerful still. Snapchat, for instance, could implement team geofilters based on how much influence a team holds in a certain area, or even partner their technologies in order to allow players to take snapchats through the Pokémon GO app.

Even larger scale activations might see behemoth brands such as Nike and Coca-Cola sponsoring events and in-game content such as geofenced Pokémon catching contests or specially-colored rare Pokémon. Pokémon has long offered exclusive opportunities for players to gain access to “Legendary” Pokémon. This has mostly been through events, retail partnerships and giveaways, but Pokémon GO adds a whole new dimension to what has been traditionally possible.

When considering branded content for an app like Pokémon GO, the in-game experience can not be tainted by logos and advertising messaging. The Pokémon demographic — which values nostalgia and authenticity above all else — will be immediately turned off if what they see as sacred is sold out for the sake of marketing. However, if you offer them something special that is unbranded in the game but draws them to a branded experience in the real world, you’ll win.

What can brands learn from Pokémon GO about Connected Experiences and Communities?

I want to challenge brands to think less about how they can insert themselves, potentially inauthentically, into Pokémon communities, and think more about why Pokémon GO is succeeding in a space where so many others have failed.

Augmented reality, normally gimmicky, in this case connects fans to a franchise that took pop culture by storm. From the cards, to the games, to the TV show, Pokémon has successfully embedded itself into the lives of its audience, no matter the medium or platform. Since the cultural phenomenon has always transcended the vehicle delivering it, it’s been able to connect with multiple generations, from Plurals born in the 90’s to 40+ year old Generation Xers. Some played with the cards, others watched the show, and others played the games — what matters is we all consumed as kids, and nostalgia is an incredibly powerful motivating factor.

Pokémon GO pulls the right nostalgia levers, and utilizes the accessibility of an app (free) and ubiquity of smartphones (we all have them) to transform the world into an alternative reality game.

Augmented reality is most commonly implemented by applications like Aurasma or Blippar but these technology platforms have suffered the same slow rate of adoption that doomed the QR code. My favorite use of AR is not typically associated with the tech but it’s another exploding platform, Snapchat. Because of it’s silly, delete by default nature, everyone from kids to executives in the c-suite are augmenting their selfies with lenses that they can share with their friends and family. Snapchat augments our communications, just as Pokémon GO augments our play. 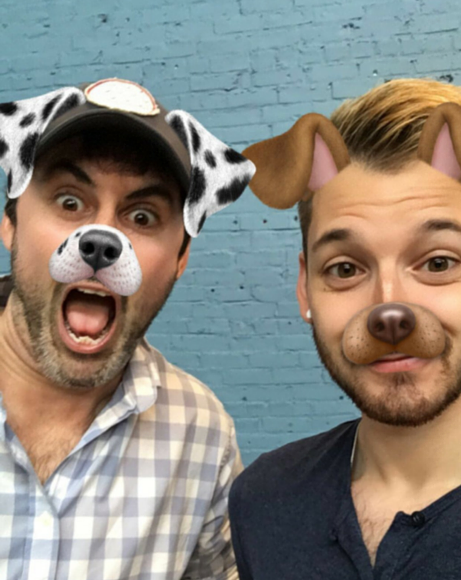 Droga 5’s DECODE campaign for Jay Z and Bing is another great example of a big brand that successfully tapped into the intersection of our physical and digital worlds. The activation created an interactive experience that scattered pages of Jay Z’s biography in different real world locations. Using Bing searches, fan discovered the locations of the pages and raced to be the first to put them all together.

So what makes Snapchat, DECODE, and Pokémon Go so successful?

A few things for brands to note. If you aren’t already engaged with micro-communities that connect your brand's values to Pokémon, please don’t try to inauthentically jump on the bandwagon as it will be a huge waste of time and it will likely have an adverse affect on your return on time and funds invested. Instead, learn from what this is doing for transmedia storytelling. Think about how you can connect your brand's icons, rituals, characters, and archetypes to people based on existing behaviors (smartphone usage) and needs and wants  (new experiences) through the convergence of platforms (social, geo, content, gaming).

Maybe this is the validation you need to dip your toe into the eSports ocean, or to try and create a hybrid physical/digital connected experience.

But don’t let someone talk you into simply making an AR app, I promise you will likely get buyer’s remorse. Pokémon GO didn’t just make an app and expect people to show up, they built a dedicated and engaged community over the past few decades and activated them at the right time, through the right modern channels of connection.

We’re pretty excited about Pokémon GO, but we’re even more excited about how we can help your brand connect and grow its communities. Drop us a line, we’d love to talk to you.