This past week, one of my business partners and I had the pleasure of spending several hours with Steve Collins at NASA’s JPL. I’m sure it would be fair to say that had I been able to see a reflection of myself, it would have been a mixture of a wide-eyed child trying to soak absolutely everything in with the ear-to-ear grin of someone who couldn’t believe all of the real “fantasy-come-true” things he was seeing. That Steve, a completely down to Earth and plain-spoken, but insanely smart and accomplished NASA JPL engineer, took time out of his day to give us a personal tour of the facility was one of the most amazing and intellectually stimulating experiences in recent memory.

As we were standing underneath a full scale replica of Galileo, our conversation wasn’t the regurgitation of history taught to a tour guide, but a deep and detailed conversation with the scientist who was responsible for the telemetry of Galileo. Talking about Galileo’s orbits around Earth and Venus as it prepared for it’s voyage, and then traveled, to Jupiter was first-hand perspective that left me with a glimpse of the passion, excitement (and sometimes fear) for what it must be like to have mission-critical responsibility. 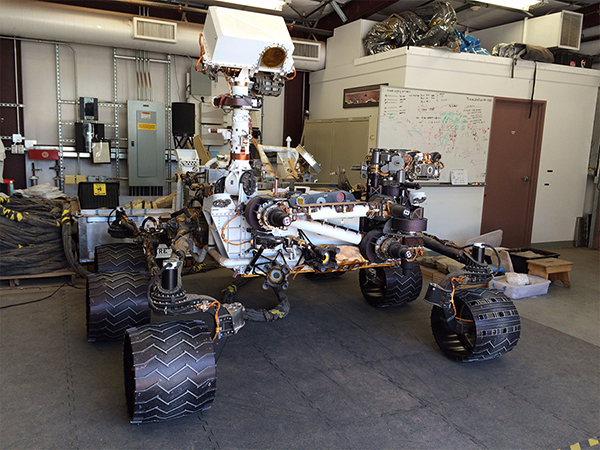 The same can be said about Curiosity, which he had an integral part in both getting to Mars and to its ongoing exploration of the surface, and is more closely related to how we initially met. Seeing the Curiosity’s “sister” on Earth was similarly amazing and I was thrilled to be able to talk at length about why Curiosity’s wheels are tearing on Mars’ surface (and understand through touching one that has been put through similar experiences here on Earth). Extra credit to anyone who knows or figures out the “Easter Egg” on Curiosity's front driver-side wheel. 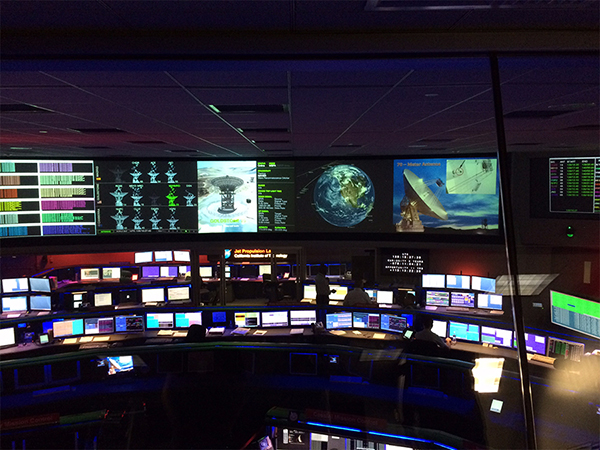 As we walked in for an “on the ground” tour of Mission Control, which has data visualizations that are more impressive than the biggest budget Hollywood movie (maybe in small part because they are real), we saw an installation from their resident artist that uses LED strands to display real time satellite transmission data. I can’t say strongly enough how cool I think it is that they have a resident artist in 2015.

Our conversation over the few hours we spent together covered the successes, “normal” mid-mission corrections, and inevitable, unexpected errors and failures where we talked at length about the ways in which the members of the mission crew get creative to troubleshoot, remedy or even sometimes hack fixes from literally thousands of miles away.

One of the most rewarding moments was when we were talking about a problem they encountered with a tape drive. As we were talking about all of the variables, and then unknowns, Steve eyes suddenly went distant for a moment and he said half to himself “Wow, I never thought about it from this perspective before.” That a conversation one of the smartest people I’ve ever met could have led him to a different way of thinking about a problem or approaching a solution is valuable to me beyond words.

I hope Steve found the time even partially as rewarding as we did. They truly venture to “Dare Mighty Things” every day. And yes, they had long since come up with a workaround for the problem all by themselves.