Twitch, a major live streaming platform recently acquired by Amazon, is exploding — it alone accounts for more than 43% of all live video streaming traffic by volume. Once known as Justin.tv, it crept into the spotlight via social experiments and fun online personalities in the gaming universe, and is now home to over 100 million active users heavily engaged in gaming, eSports, and a wide range of other interesting user generated content.

When it comes to actually broadcasting on the platform, users are largely left to fend for themselves. There are few standards for hardware or software, and getting a decent livestream running requires some degree of technical knowledge. Although consoles like Xbox One and PS4 have pretty decent integration with Twitch, any PC-centered streamers have to rely on whatever mix of 3rd party software and keyboard macros they can combine to go live. In their current form, existing setups can be pretty intimidating for entry-level broadcasters. Those that are using elaborate keybinding or controllers to run their broadcasts while they play are victims to a fundamental flaw in modern product design — they try to do too many things with a single peripheral.

Using rapid prototyping rooted in human-centered design, we quickly built and iterated on a solution for simple, effective Twitch broadcasting.

The Death of the Swiss Army Knife

When Karl Elsener designed his iconic “knife” in 1884 it was to satisfy the needs of the Swiss Army. He was looking for a compact and sturdy knife, which offered many functions combined in a single tool. This was a product designed to serve soldiers, and as a veteran myself, I can tell you that the tools that soldiers receive may be multi-purpose, but none of them do a single thing exceptionally.

The entrenching tool, or E-tool, is a United States Army standard issue collapsible shovel. The shovel’s head features a sharp edge, designed for chopping branches, trees, wood, etc. An axe combined with a shovel. You can dig holes, or you can cut down trees, and it collapses down to the size of your cargo pocket.

For our experiment, we wanted to give entry-level broadcasters only what they actually need to manage the streaming experience, keeping the interaction as simple as possible.

Digital Surgeons Developer and resident Twitch expert, Craig Keller, pointed us in the direction of Xbox One gamepads. While looking into broadcasters repurposing the Xbox One gamepad to control their broadcasts, we discovered that content creators were willing to take on an extra piece of hardware to make their live-streaming experience easier. The Xbox One controller is a great piece of hardware, but 19 buttons and two analog sticks is overkill for the functionality that the streamers need. Twitch broadcasters only need a handful of commands and toggles at their fingertips: broadcast on/off, mute on/off, and overlay changes.

Once we had half a dozen technical drawings of our controller’s functionality, it was time to introduce the concept to a Twitch broadcaster. Craig was able to arrange a call with Twitch streamer bifuteki (17.5k+ followers) to toss the concept at him and ask for feedback. Our concept had been alive for 18 hours and we already had user feedback from a big name in the industry. Our controller was to have six buttons, and six buttons only. Two large ‘smackables’ for fast access, and four auxiliaries for lesser used functions. 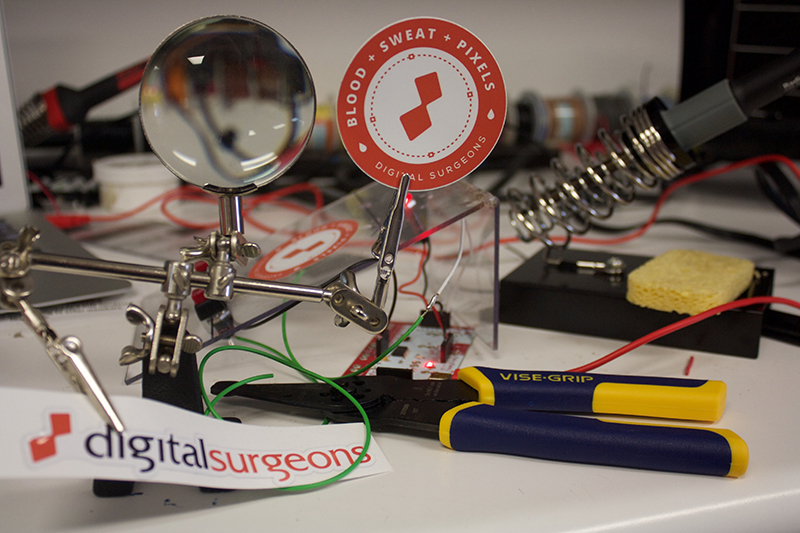 With a blueprint and some insights to drive our hypothesis forward, we began building a working prototype. While building a micro-controller is not rocket science, it helps to have a seasoned developer onboard. Craig was enlisted again to reprogram our microcontroller. As rapid prototyping is for failing as quickly and cheaply as possible, we took the inexpensive (yet surprisingly powerful) MakeyMakey route. 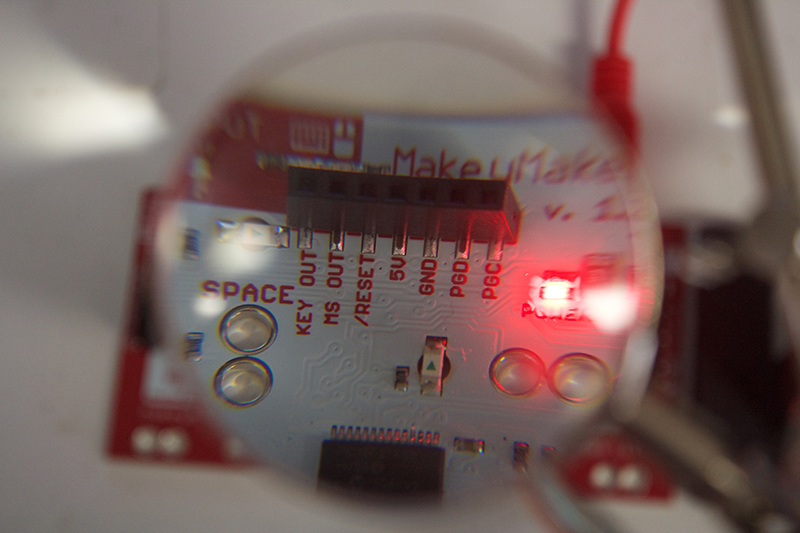 Our microcontroller’s inputs were remapped to functions within a popular Twitch broadcasting software (OBS), and 22 hours after our controller was first concepted, we had a bare bones microcontroller that would, theoretically, perform all of the interactions and jobs we desired. That is, once it was actually wired to some buttons and switches. Our controller’s brain had manifested, we just needed to give it triggers before it could properly execute its rules, loops, and modes.

Do One Thing, But Do It Well

Author of Microinteractions: Designing with Details, Dan Saffer would say that one of the best examples of a micro-interaction product is the toaster. It does one thing: it toasts things. But it does that one thing very well. The user knows exactly how to use it and what it will do to their bread. The trigger is clear (pressing down the handle), the rules are clear (filaments heat for a predetermined amount of time), and the feedback is clear and often times fun (pop!). Again, it does one thing, but one thing very well. If a product is going to survive it can not be full of features that the user does not even need.

The Digital Surgeons Broadcast Controller was our four-day sprint to a brave little toaster.

Check out how version one of our prototype came together. At Digital Surgeons, we are passionate about disruptive innovation guided by smart insight and fueled by human-centered interaction design. Let us know how we can disrupt the way consumers interact with your brand!