Lately I’ve been obsessed with two things, hand lettering and creativity. So in the spirit of mashing things up, I decided to work with my friend and hand lettering extraordinaire Jay Roeder on a few quotes that I’ve either come across or made up on my path to creative hustle. 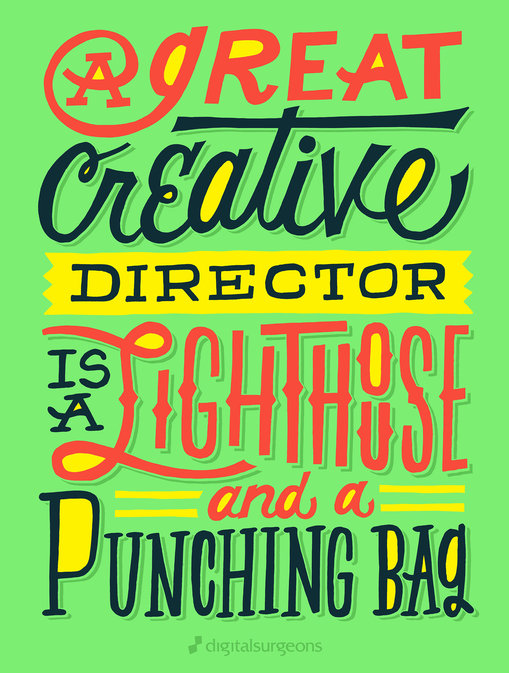 1. A Great Creative Director is a Lighthouse and a Punching Bag

A creative director must be as steady a guide as a lighthouse, all while maintaining the durability of an 100 lb heavy bag. A cross-functional team of art directors, experience designers, developers, and copywriters are relying on you to fuel their creativity, while strategically guiding the collective output towards satisfying business objectives that keep the lights of the office humming. Take the punches from your clients and staff, they will thank you when their creative efforts pay off.

After more than a decade in the role, I wrote “What It Takes to Be a Successful Creative Director” to share some of the key lessons I’ve learned. 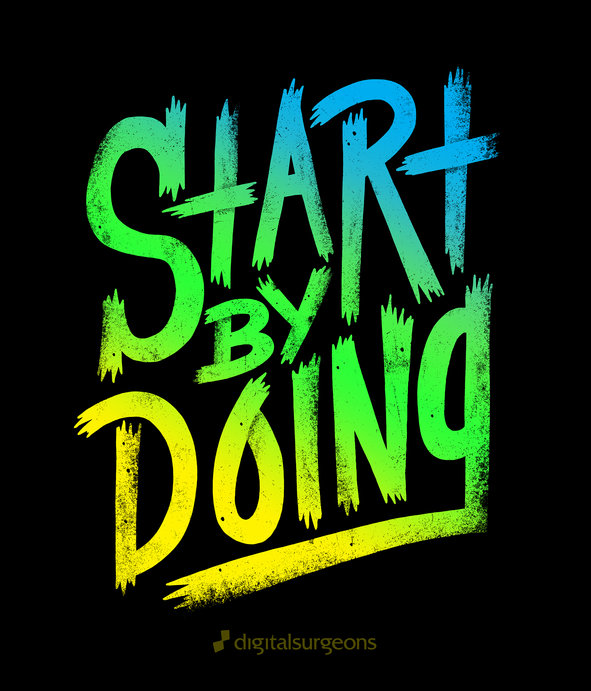 Don’t fall victim to analysis paralysis, you will never get anywhere in life without taking that first step forward. Stop talking about it- pick up a pen, set the dry erase to a whiteboard, open up Photoshop; whatever you need to do to, it’s time to do it.

The Mac was not without limitations when Steve Jobs first released it in 1984. Instead of dwelling on its lack of software or painfully slow printer, Jobs shipped it.  By stressing innovation over perfection, Apple beat the competition to market and set the tone for decades of Apple advancement. Start by doing to stay ahead.

Along the way I’ve had the pleasure of teaching creativity and created a framework I call the “5 Steps to Creative Problem Solving” to help drive creativity with iteration and a fail-forward approach. 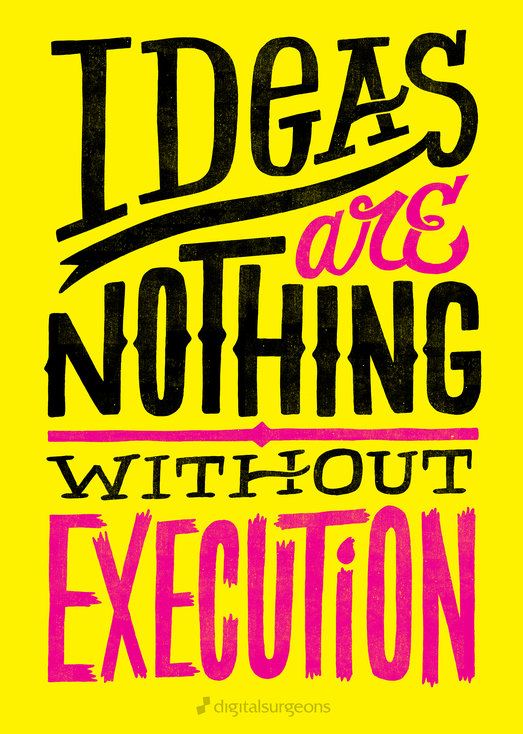 3. Ideas Are Nothing WIthout Execution

Disruptive ideas hold the power to change the world.

But they are nothing without execution.

Every great invention, advancement, or innovation that has unequivocally shaped our lives began as an idea. But the reason our lives have changed is because someone had the courage to execute it. 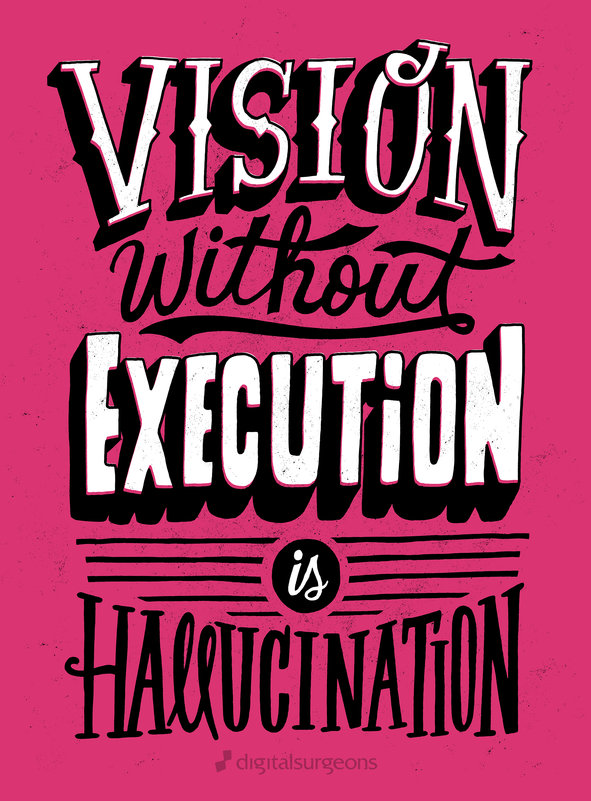 4. Vision Without Execution Is Hallucination

Don't be the person that claims they thought of Uber 5 years after Travis Kalanick makes his first 5 billion.  You could be a visionary thinker, but no one will ever know if you can't execute it.

Special thanks to Jay for his awesome work hand lettering these quotes.

Let me know @petesena what's inspiring you on your path to conquering creativity.